Looking for Someone to Blame

Looking for Someone to Blame

In times of stress, like wars and pandemics, we often look for ways to feel like we are in control. This impulse can be helpful, inspiring us to make masks for neighbors and deliver groceries to the elderly. Sometimes, however, that desire for control leads us to look for someone to blame–a scapegoat.

Part of why diseases scare us is because they seem so random. We feel like we don’t have any control over them. Anger can make us feel as though we have some power in an uncontrollable situation. So one way we cope with fear is by finding something–or someone–to blame. This can help us overcome grief and fear in order to take action.

But stress also makes us impulsive and quick to lash out, which means that our anger can lead to violent words or actions. Minorities have less power in a society, which makes them easy targets when people resort to anger as a coping mechanism. When people lashed out at Asian Americans after the outbreak of COVID-19, most attacks were specifically directed at the elderly, women, and children – people less likely to fight back.

“Each time I landed on a possible culprit, my anger reenergized me. Instead of making me feel hopeless, it gave me a target and suggested there might be some action I could take…Maybe I could launch an investigation or trigger some media exposé. If I could just find the right person or thing to blame, I could get some justice. Or vengeance. Or…maybe just a sense of control.
…
This is why identifying someone to blame for Mike’s tumor gave me the focus and will to stop crying and get out of bed. Instead of wallowing in grief, I became a warrior furiously charging in a precise direction. My anger invigorated me; it lifted me up out of the sea of muck we were stuck in.”

Read more about Dannagal’s experience in her Vox article from May 15, 2020.

Jewish communities throughout Europe were destroyed after rumors spread that they had poisoned local wells or were conspiring to spread the Black Death. In 1349, over two thousand Jews from Strasbourg were burned alive before the plague ever reached the city, as is depicted in this miniature from the 14th-century manuscript Antiquitates Flandriae. 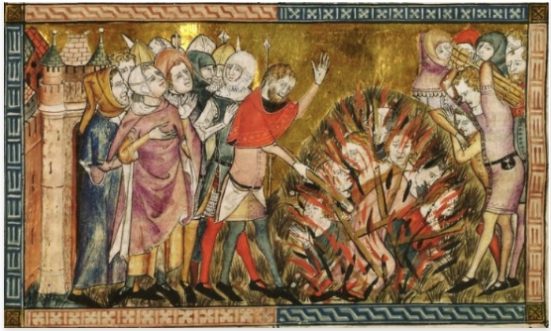 A smallpox outbreak led San Francisco’s public health officials to fumigate all the houses in the city’s Chinatown. It did not slow the spread of the disease. The city health officer blamed the policy’s failure on “unscrupulous, lying and treacherous Chinamen, who have disregarded our sanitary laws, concealed and are concealing their cases of smallpox.” 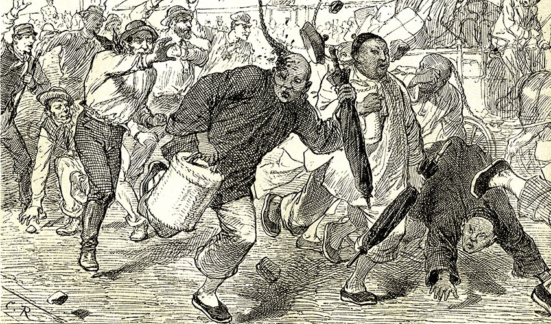 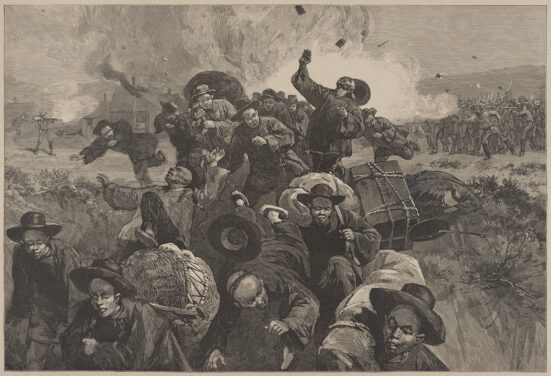 An outbreak of bubonic plague led to a military-enforced quarantine of the Honolulu Chinatown. The board of health decided to torch buildings where bubonic plague was found, but the burn got out of control. Almost all of Chinatown burned to the ground. 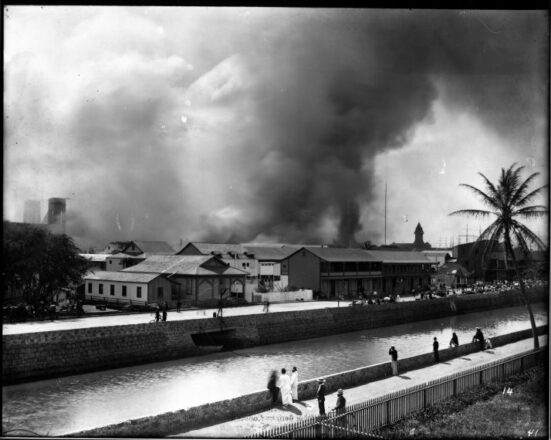 A local outbreak of SARS led the people of Toronto to boycott the city’s Chinese Canadian community. Asian-owned small-businesses lost up to 80 percent of their income that year. These informal boycotts also reached the United States. Many Chinese restaurants, like this one in Chicago, were left empty. 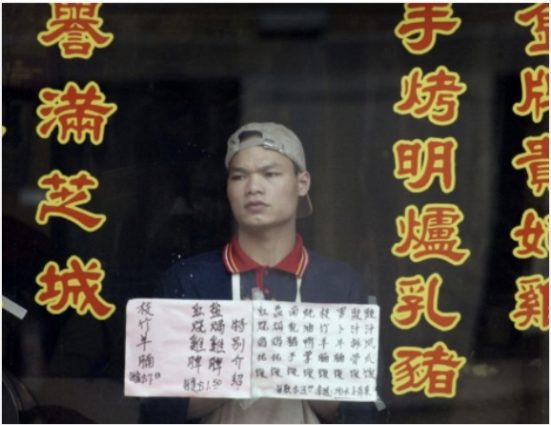 In the three months between March and June of 2020, over 2,100 anti-Asian American hate incidents were reported. The rate of these incidents spiked when politicians and pundits began referring to COVID-19 as “the China virus.” A man came up behind an Asian American woman and poured acid on her, giving her second-degree burns on her face, hands and arms. 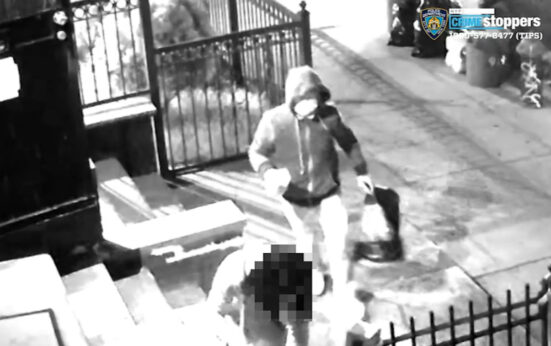