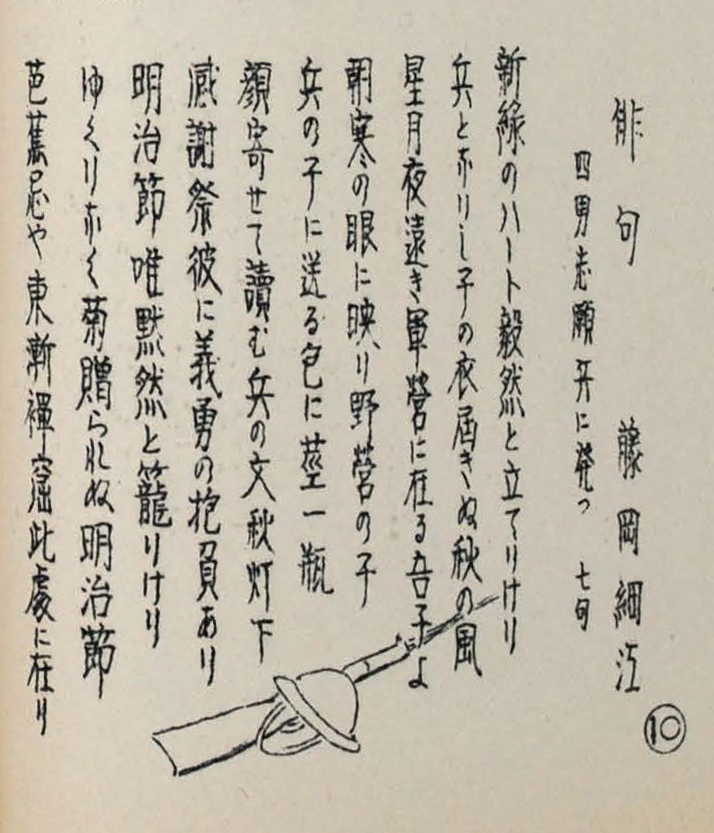 My Fourth Son Leaves to Enlist in the Army: 7 Haiku

His uniform arrived, my son-turned-soldier, the autumn breeze

In a distant military camp on a starry night—my son!

On a winter’s morning, I think of my camp child

Gathering round to read a soldier’s letters beneath autumn lamplight

On this Thanksgiving day I wish him courage

Suddenly unable to send chrysanthemums on the Meiji emperor’s birthday